Following World War II, the citizens of Manhattan set out to build a memorial to honor the 2,610 Riley Countians who had served and the 101 servicemen who lost their lives in the war.  The national trend at the time was to construct a "living" memorial, which would honor the veterans and also serve the community.  The chosen use was a memorial auditorium -- Peace Memorial Auditorium.


For years, the auditorium was the focus of many community activities.  However, the space was never air-conditioned and over time many events moved to newer although more expensive venues.  The stage lacked needed updates, and the veterans' memorial was forgotten.


Now the space is being revived.  The City Commissioners have agreed to install air-conditioning and upgrade the wiring, but they have left it to concerned citizens to renew the other functions.  The Friends of Peace Memorial Auditorium have organized to help raise funds to refurbish the stage and provide an appropriate memorial for the 101 men who died. 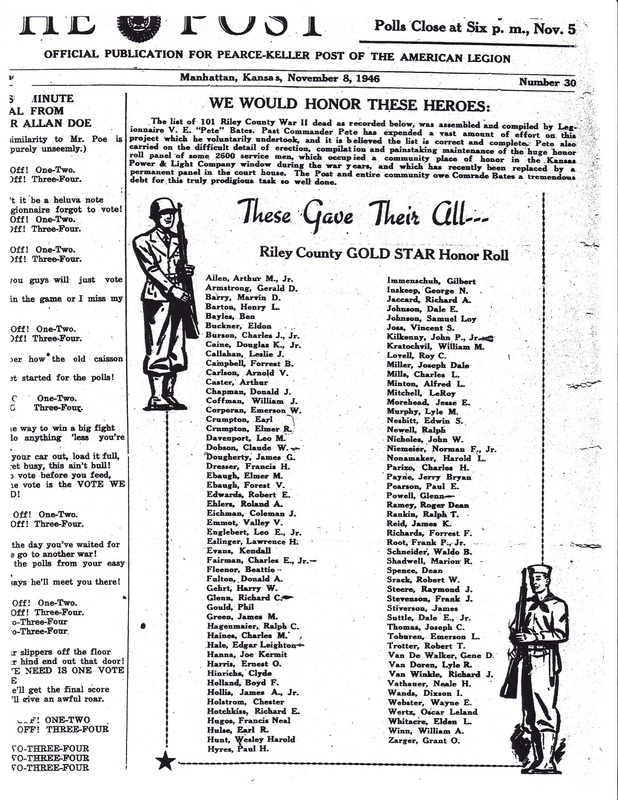 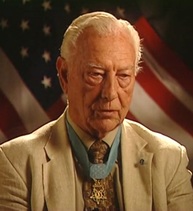 Walter Ehlers, Congressional Medal of Honor Recipient, shares his experience on D-Day and remembers his brother, Roland Ehlers, who was killed on D-Day and is one of the 101 Riley Countians killed in World War II.  The Ehlers family farmed in the Upper Seven Mile Creek area, and then lived on Colorado Street and Pierre Street in Manhattan, KS.  Ehlers Road is named in honor of Walter.  Walter passed away in 2014.
Walter Ehlers' video
The Friends of Peace Memorial Auditorium is collecting photographs and stories about the 101.  If you have a photo or story to share, please contact us.